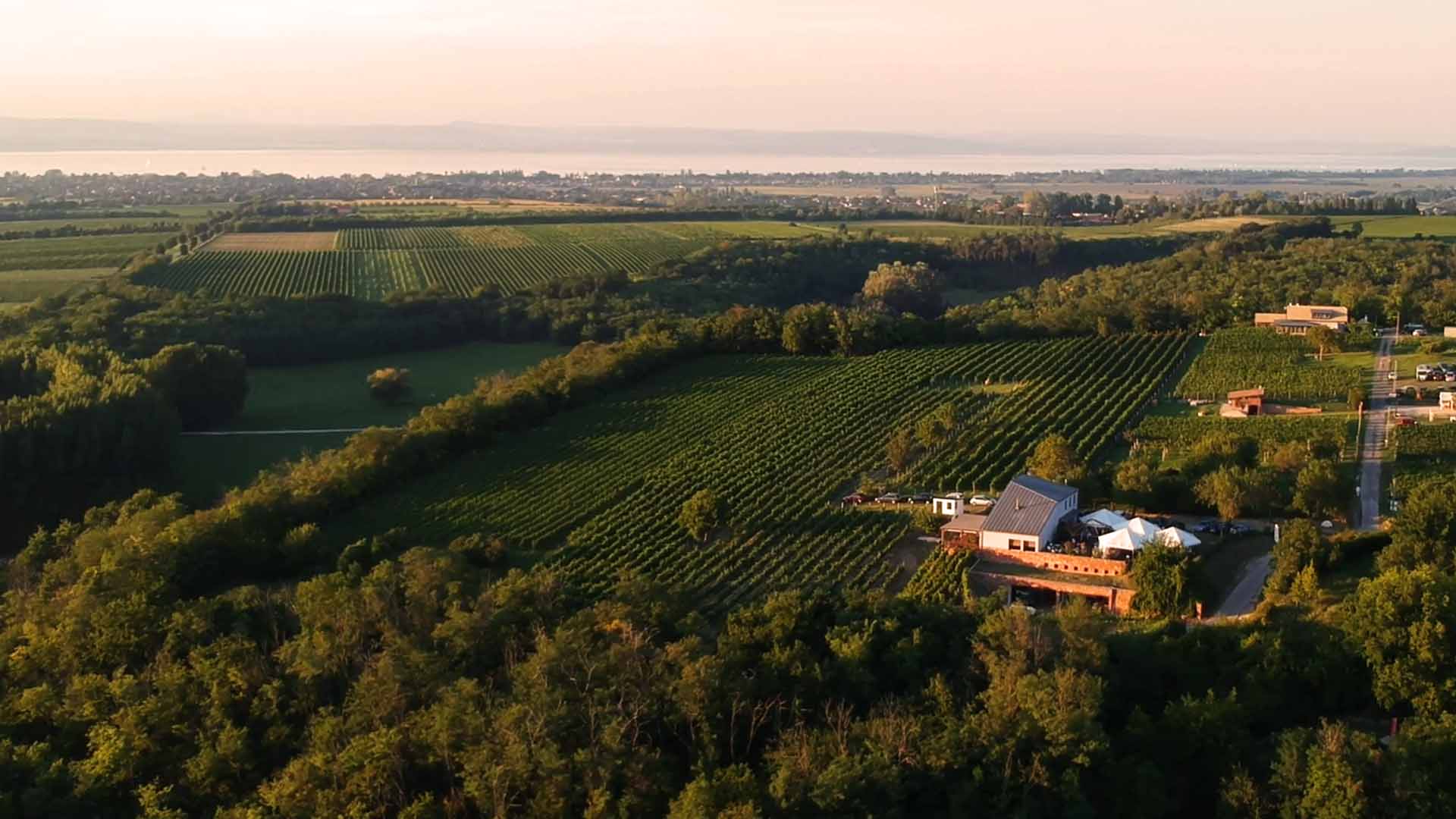 The Balatonboglár wine region (formerly South Lake Balaton) is located on the southern shore of Lake Balaton from Balatonkiliti to Kéthely, on the slopes of the northern hilly areas of Somogy county. The southern side of the vineyard hills are sloping, while on the northern side we find steep loess walls. Balatonboglár, Balatonlelle, Kőröshegy, Kötcse, Szőlősgyörök and Kéthely are the most important grape and wine production centers in the wine region.

THE MOST IMPORTANT VARIETIES OF THE WINE REGION: 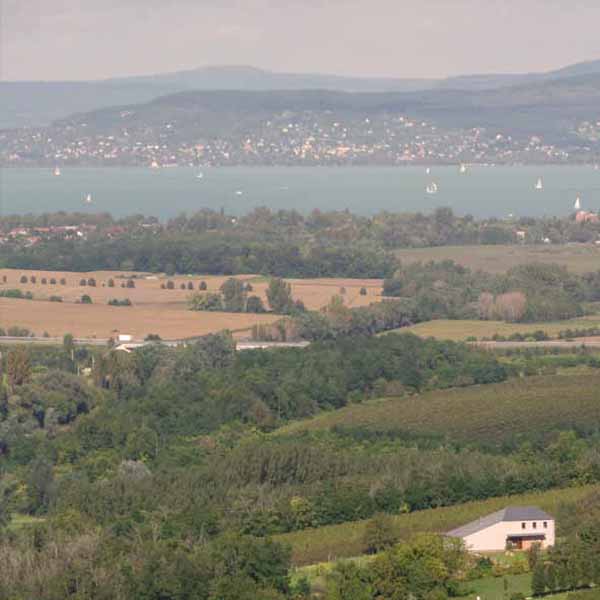 Ecological characterization of the wine region:

In the wine region, the water surface of Lake Balaton has created a unique microclimate that is very favorable for viticulture. Its balanced climate is characterized by not too hot summers and snowy, mild winters. Its average annual temperature is between 10.2 and 10.4 degrees Celsius, precipitation is between 670 and 700 mm, and more than 2,000 hours of sunshine.

Despite the large size of the wine region, it is quite geologically homogeneous. The main mass of the wine-growing hills is provided by the clayey, loess sandy, sometimes slightly stony bedrock, which settled in the Pannonian Inner Lake in the Pannonian-Pontus period. The shell of the extinct genus Cougeria, known as ‘goat’s claws’, can be found in the loess wall of the vineyards. On the bedrock, rust-brown forest soils and deep-layered loess soils alternate – slopes, steep loess walls.

The water-washed, steep loess walls of Kishegy in Lelle are a favorite nesting place for bee eater /Merops apiaster/ couples. 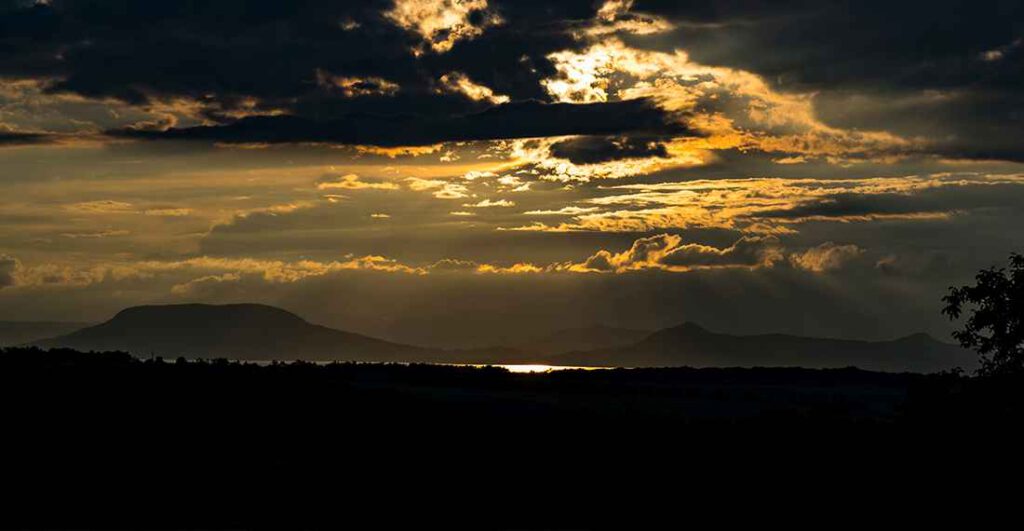 The history of the wine region:

Somogy county has a millennial tradition of grape and wine production. Viticulture was spread by the lords of the former Pannonia, the Romans, as evidenced by archaeological finds. After the conquest, we can find records related to grapes from the 11th century (Siófok-Kiliti).

The crest of Somogy county (including the grapes) was donated in 1498 by the King Ulászló II. According to the donation letter: “There is so much wine in this county that you can count to the richest counties in our country.”

Viticulture flourished in the 14th and 15th centuries, but this was interrupted by the 150 years of Turkish occupation.

From 1767, the decrees of Maria Theresa determined the right to measure wine: from St. Michael’s Day (September 29) to St. George’s Day (April 24), all serfs were free to measure their own wine.

Phylloxera did not spare the vineyards of the wine region either, more than half of the vineyards were extinct. Until the 1950s, most of the vineyards were owned by smallholder farms. Around this time, the Balatonboglár State Farm was established to produce high biological value grape propagating material for vineyard reconstruction based on viticultural traditions. As a first step, the so-called world varieties already proven in international practice were imported from France and Germany (Sauvignon, Semillon, Chardonnay, Muscat Lunel, Tramini, Zöldveltelini, Rhine Riesling, Pinot Noir, Merlot, Cabernet Sauvignon and Franc) but also domestically bred table grape and wine grape varieties were given the opportunity.

From the 1990s, the ownership structure changed in the wine region. One by one, family wineries have been formed, which, with a new approach and new cultivation methods, represent a huge leap in quality for the development of the wine region. 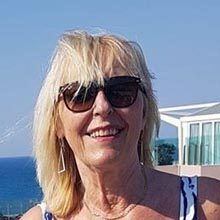 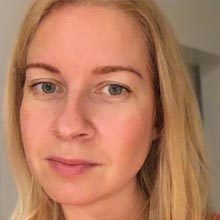 The wines of József Pócz, like the winemaker himself: friendly, talkative, honest, heartwarming. Talking on the terrace about wine and life… The feeling is priceless, “for others there is a mastercard” 🙂 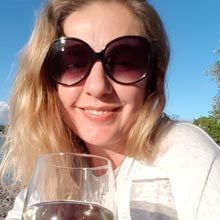 Beautiful terrace with an amazing view. The owner was lovely and the wines were delicious and very reasonably priced!

It was a great and unforgettable evening in a fantastic environment, with panoramic views, wonderful wines, gastronomic trinkets! I recommend it to anyone who wants to relax and forget about everyday life, you will succeed here!

Éva Laborfalvi
We use cookies on our website. You can read more about the management of your data in our data management information. By clicking the accept button, you accept all cookie settings.
Cookie settingsACCEPT
Manage consent

This website uses cookies to improve your experience while you navigate the website. Of these, cookies categorized as needed are stored by your browser, as they are essential for the functioning of the basic functions of the website. We also use third-party cookies to help you analyze and understand how you use this website. We only store these cookies in your browser with your consent. You also have the option to opt out of these cookies. But opting out of these cookies can affect your browsing experience.
Necessary Always Enabled